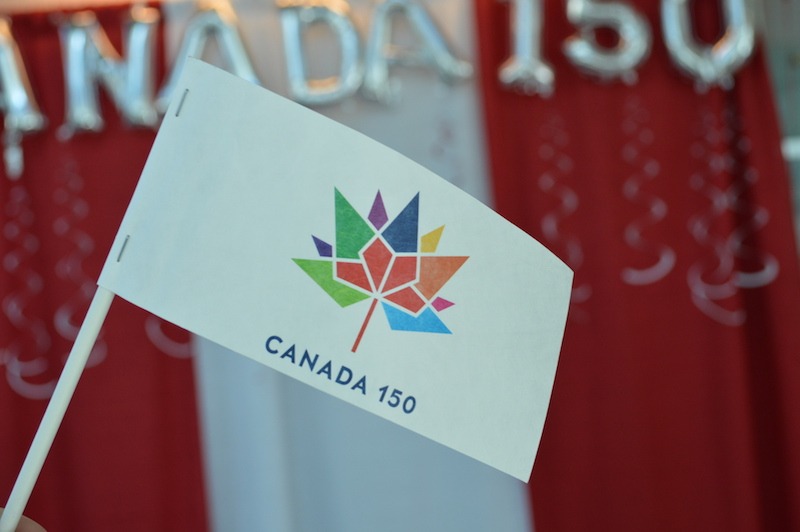 In commemoration of Canada’s 150th anniversary, a local not-for-profit, Sharing Our Cultures, recently held a video contest for the province’s high school students on what Canada means to them.

An event at Memorial University on June 6 marked the culmination of the project, which showcased the videos and celebrated the student filmmakers.

Student groups across the island submitted a total of 12 videos, three of which were awarded cash prizes by a panel of volunteer judges. In addition to awarding contest winners, the event celebrated the achievements of all the students and the diverse cultures that many of the youth originated from.

“Memorial University has collaborated with Sharing Our Cultures for over 10 years, hosting skills development workshops for high school youth participants who are mentored by Memorial’s international students,” said Dr. Lloydetta Quaicoe, founder and CEO of Sharing Our Cultures.

“Memorial, as an inclusive and diverse community, was a fitting space for the event for young people to share their voices and desires for the future.”

A safe and peaceful place

The video project aimed to encourage youth to build a deeper understanding of Canada, its people and what it means to be Canadian.

Some of the videos focused on traditionally celebrated Canadian treasures – hockey, Canadian wildlife and landscapes, maple trees and poutine. However, many of the videos struck and inspired the audience with overlying themes of Canada as a safe and peaceful place, where students feel free to be themselves, do what they want, and to get an education.

The first place prize went to Ubelejit Oyet, a student from St. Bonaventure’s College, with a video titled What Does Canada Mean to Me.

Second place went to Samuel Mok, a Waterford Valley High student who depicted his transition to Canada from Hong Kong in his video titled Change.

The Canada 150 project was funded by the Government of Canada, with support from the provincial government’s Department of Education and Early Childhood Development.

Memorial’s Centre for Innovation in Teaching and Learning (CITL) was also a partner on the project, developing instructional resources and videos to support the student participants. A producer with CITL, John Bonnell, was also involved as one of the judges for the video contest.

“When I thought about school youth creating videos as a legacy for our Canada 150 project, I knew that CITL had the expertise in video production and pedagogy to be a partner,” said Dr. Quaicoe.

Robert Wells, interim director of CITL, says working on the project was a privilege.

“We are proud of all the work we do at CITL to serve the Memorial community and valuable partners, but when it comes to projects like this one we are exceptionally honoured,” he said. “Our involvement in this project speaks to the university’s vision and special obligation to the people of Newfoundland and Labrador. We are grateful for the opportunity to reach and engage youth who are the future of this province and country.”

The event began with a buffet of international food, followed by a variety of performances including songs from the Holy Heart Bella Cantante, and a drumming and singing performance by a member of Eastern Owl, a local First Nations drum music group.

Following a showcase of clips from each of the students’ video submissions, the students participated in a moderated discussion about the making of their videos, and answered questions from the audience.

All of the students’ videos can be viewed at full length on the Sharing Our Cultures website.